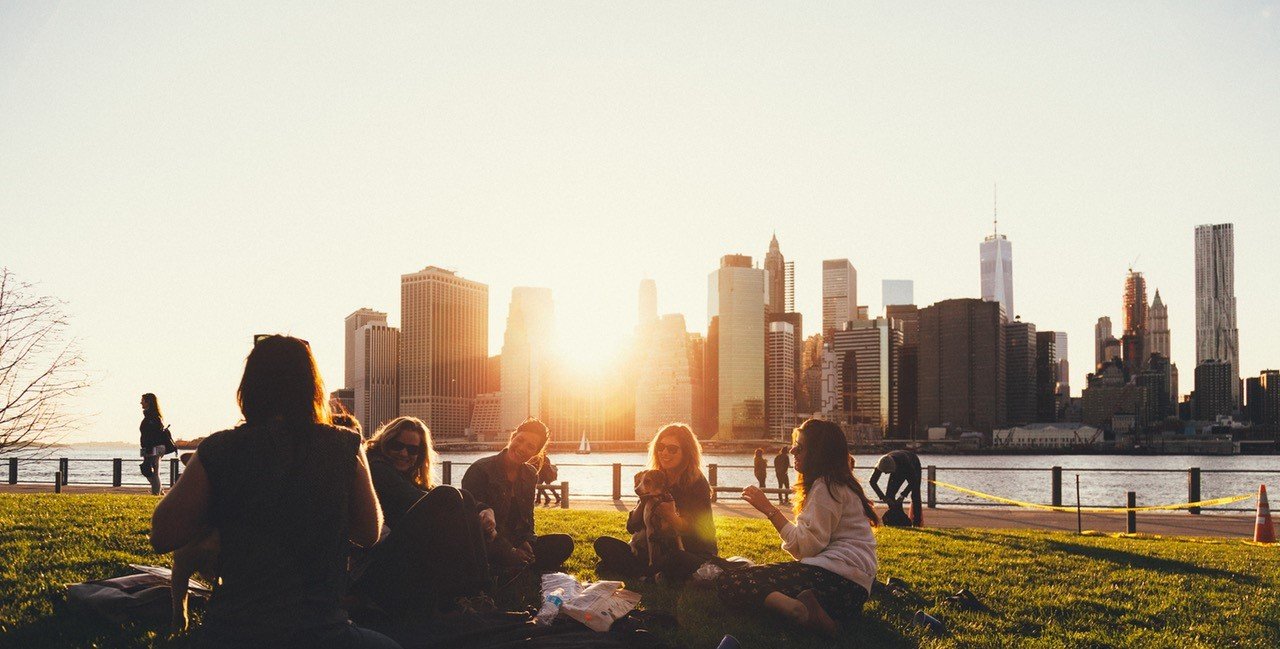 Wondering what young Millennials really think about starting a job in a new city after college, I interrupted my daughter and two teenage girlfriends who were discussing the latest KPOP video, and asked them questions about the following scenario: You’ve just graduated college (in 5 years) and have been offered a job in Atlanta. What would you want to know before taking the job?

To my surprise, their #1 concern was SAFETY (made mom happy), quickly followed by, “Where would I live?” All three teenagers frantically chattered about their unfamiliarity with the city and ability to find affordable and safe housing. “Would I need a car, and if so, where would I park?”  “How would I get to work, and is their mass transit?” They discussed what type of apartment they would like and their focus was on cost (this is before reality even set in with college debt).

“What else?” I asked. They spouted, “Are there good restaurants nearby?” “Where would I do my laundry?” “How long of a lease would I have to sign – in case I don’t like Atlanta or my new job?”

Interesting…keep going, I urged. More concerns around not knowing the city, and talk about rough areas like how other cities get rowdy after a sports event (as seen on their newsfeeds). Weather, politics, pets? Without even seeing the area, it seemed as if they had some reservations and fears about moving there.

So I asked, “What if your new company provided you with a trip to visit the offices and had someone take you around to see the area?”

“Yes, and what if the company even provided you with an agent to show you some apartment options?”

“Definitely, yes.  That would help.”

“What else would you want provided for you?”

“What about help with moving your personal belongings?”

“Yes, that would be nice once I know where I’ll be living.”

“What if they provided a ’temporary furnished apartment’, say for 30 days until you got settled?”

Ok.  Let me ask you this. “If you could choose between these two options, which would you choose? Option A, your company provides you with someone to coordinate your move, provided a tour on a pre-decision trip and paid some other moving expenses.  Or Option B, your company gives you $10,000 to do what you want with it.

“Definitely A, because I would feel like the company really cared about me.”

“Good choice,” I said, “because Option B would go through your payroll leaving you about $7,500. Option A costs the company approximately $7,500 yet gives you the  the benefit of a carefree move.”

They all agreed that Option A would make them feel special and they would not trust themselves to spend the money if it were just given to them.

Being on the cusp of the “Participation Generation”, they said they really did want to “participate” in making decisions about their future, not just show up. In other words, hear what we are saying, please.

About the Author:  Deborah Benavides is the Director of Business Development at NRI Relocation, Inc. Connect with Deborah on LinkedIn.

This website uses cookies to improve your experience while you navigate through the website. Out of these, the cookies that are categorized as necessary are stored on your browser as they are essential for the working of basic functionalities of the website. We also use third-party cookies that help us analyze and understand how you use this website. These cookies will be stored in your browser only with your consent. You also have the option to opt-out of these cookies. But opting out of some of these cookies may affect your browsing experience.
Necessary Always Enabled
Necessary cookies are absolutely essential for the website to function properly. This category only includes cookies that ensures basic functionalities and security features of the website. These cookies do not store any personal information.
Non-necessary
Any cookies that may not be particularly necessary for the website to function and is used specifically to collect user personal data via analytics, ads, other embedded contents are termed as non-necessary cookies. It is mandatory to procure user consent prior to running these cookies on your website.
SAVE & ACCEPT